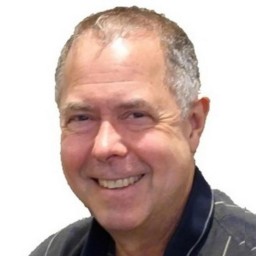 On track. Off track. Back on track.

When it comes to your retirement finances, it’s critical to have effective measurement framework to guide you.

In this modern age, it’s easy to overlook the profound impact on human progress from the invention of measurement systems and devices.

A true expert could totally geek out on this and write an entire encyclopedia on the topic. I’ll spare you from that (for example, just search Wikipedia and you’ll see what I mean).

To give you some highlights, here’s a condensed timeline for a few selected topics.

Time is such a fundamental human invention. Let’s dig into it a bit.

First people observed day and night with the phases of the sun and moon (maybe by 3000 BCE). Then came the division of time into months, weeks, and days (~1000 BCE). Roman emperor Constantine decreed a week has 7 days in 321 AD. Then came minutes and seconds (~1000 AD).

The nature of human life has evolved along with these measurement devices and the more precise divisions of time. Now we can always carry a clock with alarms and reminders, thanks to watches and smartphones. What a contrast from early humans who thought in terms of night, day, and seasons.

Weights and Measures, in brief

People started using weights and measures as early as 3000 BCE, but every area had its own system. It wasn’t until the 1800s AD that the modern uniform (“metric”) system was developed.

This uniform system coincided with the discovery of electricity and has been the foundation of most scientific progress ever since.

It began based on physical objects such the Earth’s diameter and a defined mass of water. The system resolved around base units for distance, weight, and time, then added electromagnetism.

Standardization and precisely defined “base units” have been the keys to human progress here.

The invention and evolution of money is fascinating and has also had a profound impact on human history and culture. It started with barter before recorded history, then evolved to bones, stones, shells, salt, cattle, etc.

This evolved into clay tokens and metal by weight, then metal coins. The Mesopotamian shekel (~3000 BCE) was based on barley weight. The Babylonian Code of Hammurabi (1760 BCE) set interest rates, fines, and legal penalties. By 3000 BCE The Mesopotamians and Egyptians used gold and silver bars by weight. This was also the beginning of bookkeeping using written records.

Over time, the use of coins spread widely throughout the Asian, Islamic, and European world.

Paper money was first used in China around 1100 AD and brought to Europe around 1300 AD by travelers like Marco Polo. Loans and credit evolved from there using bills of exchange and similar notes. The double-entry bookkeeping system was introduced in Italy around the same time and developed into today’s versions.

By 1700 prototype banks began emerging in Europe, collecting deposits that were then loaned based on credit. This grew into our modern banking system at least partially backed by gold or silver, first in Europe and then in the US and elsewhere around the world.

William Burroughs invented the adding machine in the 1880s. By 1907, IBM had introduced punch-card machines for accounting. In 1955 an early UNIVAC computer was used for accounting at General Electric. IBM improved on this concept, which became widely used for business systems. Since then major players such as SAP, Oracle, and others have entered this market.

Credit and then debit cards were introduced in the 1950s and soon became the predominant way for consumers to purchase goods and services.

In 1971 the US under President Nixon announced the US dollar would be a free-floating currency, no longer convertible to gold. Other nations soon followed suit.

In 1978 Visicalc, the first electronic spreadsheet, was introduced. It was soon followed by Peachtree, the first PC accounting software. PCs for accounting became popular and Intuit introduced Quicken in 1983.

By 1990 all US bank transfers were in electronic form. By 2000 most money existed as digital currency.

The two biggest financial management websites, Mint.com (now owned by Intuit) and You Need a Budget (YNAB.com), were introduced in the early 2000s.

Investment management and portfolio tracking is included with websites like Mint.com, Morningstar, and Personal Capital, and PC apps like Quicken. Highly sophisticated investment systems are being used by all the major banks, hedge funds, etc., and are evolving to employ artificial intelligence and any other methods that might lend an advantage.

Since the introduction of Bitcoin in 2008, many cryptocurrencies have emerged and are again changing the definition of what money means and how it is managed.

Money – what a remarkable human invention – and it continues to evolve.

Why go into all this? The same measurement principles are essential to sound retirement planning.

When it comes to your retirement finances, it’s really important to have effective measurement framework to…

“We had two choices – intuition or data… [W]e were very rational and fact-based… When we applied data to decision making and relied on objective reasoning, it was held to a perfect standard.”

So, find a framework that allows you to objectively make decisions. Use it to inform your intuition and guide your choices.

Let’s look at how to make use if this insight in 3 different ways.

And when you test those hypotheses, they either get validated or they don’t. And if you look at what the Lean Startup Movement is saying, when your hypotheses are not valid — are not shown to be accurate — you should change. You should pivot your strategy and create new hypotheses and test those.”

So, form hypotheses and test them using an objective framework. If they’re valid, build on them. If not, pivot and repeat until you find something that works.

I naturally have an intuitive style. Back in the day, I was also pretty good at science and math.

At my Dad’s insistence and counter to my natural inclinations, I got an engineering degree. It taught me to start by getting the facts and doing some analysis before consulting my intuition. There was some emotional push-pull for me along the way, but in the end it’s served me well and my life has better for embracing both sides of my brain – right for logic, science, math, etc., and left for creativity and the arts.

Now, that combo is basis for all my programs – first get the facts and analyze them, then consult our intuition before coming to conclusions.

An important aspect of this it to have a good analysis and measurement framework to provide structure and guide the work. Each one of my programs includes a structure and guided self-discovery to powerfully support you in achieving results. At the end of the day, all that really matters is that you realize results that will make a difference for you and your life.

When I work more closely with people, we use a Lifetime Cash Flow framework to look at the tradeoffs between different strategic decision choices and how they play out over the expected duration of your retirement.

This method helps you avoid the investment of time and money involved in implementing something, only to discover later that it won’t produce the results you want.

…And perhaps feeling misgivings about not looking more broadly at your options before choosing a direction.

Okay, you’ve committed to a direction and have begun taking intentional action.

Now how to stay on track? Here are some tips.

To do this, you need a reliable framework to measure where you are relative to your plan.

Discover a framework for evaluating your strategic options and making informed choices.

Join me on August 19 for my free masterclass, “How to Find Sustainable Retirement Cash Flow.”

In this results-oriented Masterclass you will discover…

And stay tuned for more about all this.

Since I was young, I’ve wanted to have my own business. I thought it was my best way to achieve financial freedom and do my own thing. I found my initial success through the more traditional corporate route, focusing on business strategy and creating new product and services. As a successful “intrapreneurial” executive at Bell Labs, AT&T, NCR, and Cisco Systems, I led teams to create new businesses, services, and products that won over $120M in new business. Then I left corporate and founded 2 new businesses of my own. Over the years, along with learning about business startups, I kept searching for a reliable way to have money freedom. I developed a planning structure and process that showed me I could retire, be relaxed about the money and not worry where it’s coming from, and do what I want when I want… So I did! It’s in my nature to share what I’ve learned and help people, so I began working with other entrepreneurs who also wanted financial freedom but were confused, afraid, maybe even panicking. It’s been so rewarding to see them getting their own great results, turning survival and gloom into a clear action plan and checklist for money freedom.

Please log in again. The login page will open in a new tab. After logging in you can close it and return to this page.